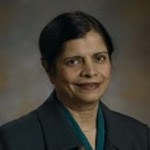 Get to know Neonatologist Dr. Manjeet Kaur, who has served patients in Lancaster, Pennsylvania.

(YorkPedia Editorial):- New York City, Sep 15, 2020 (Issuewire.com) – Dr. Kaur, a knowledgeable and dedicated neonatologist, has worked within the Neonatal Intensive Care Unit at Women & Babies Hospital in Lancaster, Pennsylvania. Her philosophy has always been to think of the babies she worked with as her own. Her current position is as Chief Emeritus, Division of Neonatology, Lancaster General Health Women & Babies Hospital, Lancaster, Pennsylvania.

“What would I do? What would I feel? What would I want to do for my own child? And then you cannot go wrong. It just warms my heart to see what we’ve achieved.” expressed Dr. Kaur.

Women & Babies Hospital is home to Lancaster County’s first and most advanced Level III Neonatal Intensive Care Unit. Thanks to an alliance of LG Health with Penn Medicine, a dedicated team of physicians (neonatologists), neonatal nurse practitioners, and physician assistants from Lancaster and Children’s Hospital of Philadelphia provide 24/7, on-site care in the 29-bed unit to infants who are premature or in need of extra attention. These providers have been part of the NICU team for many years, and have the experience, advanced training, and equipment to care for newborns as early as 23 gestational weeks.

Born and raised in India, Dr. Kaur earned her medical degree from Maulana Azad Medical College in 1973. She then decided to further her training with a residency in pediatrics at Children’s Hospital of Eastern Ontario. This was followed by a fellowship in neonatal-perinatal medicine at the Medical College of Pennsylvania, where she stayed on faculty as Assistant Professor of Pediatrics until 1984.

Happenchance brought her to Lancaster, where she established roots and set to the task of singlehandedly setting up the Neonatal Intensive Care Unit at Women & Babies Hospital, and was appointed director of the Division of Neonatology. In the early years of taking on such a feat, there were many days when she worked twenty-four-hour shifts (and sometimes more) to stabilize a sick and quite premature infant. Simply put, there was no one else who had the knowledge or ability to do what she did at that time.

A Fellow of the American Academy of Pediatrics (FAAP) and a Fellow of the Royal College of Physicians of Canada (FRCPC), Dr. Kaur is board-certified in pediatrics and neonatal-perinatal medicine by the American Board of Pediatrics (ABP). The mission of the ABP is to advance child health by certifying pediatricians who meet standards of excellence and are committed to continuous learning and improvement.

Neonatology is a subspecialty of pediatrics that consists of the medical care of newborn infants, especially the ill, or premature newborns. It is a hospital-based specialty and is usually practiced in neonatal intensive care units.

In 2002 Dr. was honored by the dedication of the division as “Manjeet Kaur MD Division of Neonatology. ” In 2016 Lanchester General Health Foundation initiated the Dr. Manjeet Kaur NICU Scholarship to honor the vital contributions that Dr. Kaur has made at Women & Babies Hospital and the community.

In light of her most notable achievements, Dr. Kaur is the author of memoirs and has published “My Garden of Flowers” and “Miracles in the Neonatal Intensive Care Unit”.

Happily married, she enjoys spending her free time with her family.

About FindaTopDoc.com
FindaTopDoc is a digital health information company that helps connect patients with local physicians and specialists who accept your insurance. Our goal is to help guide you on your journey towards optimal health by providing you with the know-how to make informed decisions for you and your family.