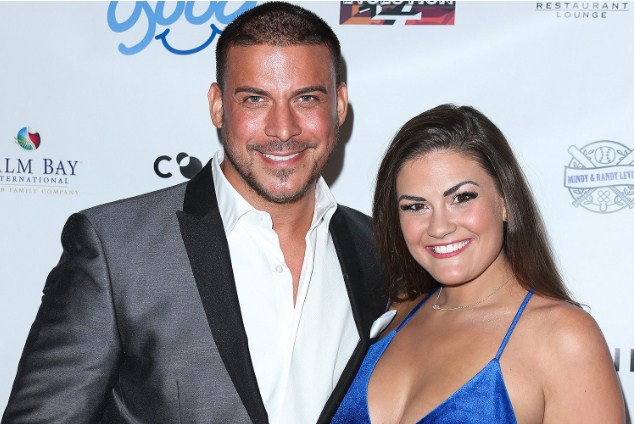 As the honeymoon phase is over, things seem to be topsy—turvy between Vander pump’s former actor Jax Taylor and Brittany Cartwright. Reports claimed that the actor was spotted several times without his wedding ring.

The newlyweds have already fueled up several rumors about them not getting along but according to Kentucky alive, these are all just false rumors to which the reality star just laughed off.

Brittany Cartwright speaks after Jax Taylor is spotted without his wedding ring and her reply to the alleged rumors was that the marriage has brought the couple together and comments like that won’t hurt their relationship.

She clarified by saying that Jax takes off the ring while hitting the gym twice a day.

Brittany further went on to add that she’s always been very fond of him wearing the ring and Jax is planning to get a workout ring for that matter.

According to reports, Jax and Brittany have been fighting on and off and this isn’t the first time that the duo was charged for such news. Previously news had cropped that Brittany is still stuck with Jax’s cheating past while the bartender is facing financial issues.

Like always the couple posted a happy picture of them on social media. JAX Taylor shared a photo of his beautiful wife Brittany humming to country music and cooking dinner while the later posted a short clip of her handsome husband helping her with the household chores and chilling back in the pool.

Fans are looking forward to seeing tee newlyweds getting over the petty issues and leading a happy life.