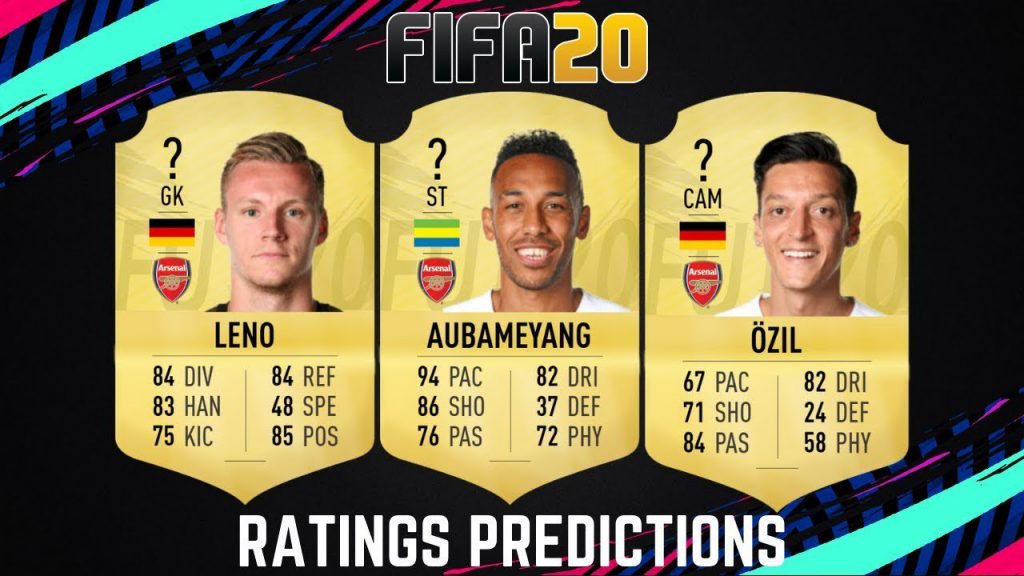 EA Sports just revealed the name of top 100 best players on FIFA 20 with Lionel Messi and Ronaldo leading the pack. Soccer fans are left surprised as some top names are missing on the list.

FIFA 20: Arsenal player ratings are also out with only Aubameyang and Lacazette making it to the top n100. With the inclusion of raw talents like Pepe and Ceballos, the North London team is still having high prospects in the Premier League.

Though Arselan has not been in the best of forms since the beginning of the season, Pierre Emerick Aubameyang is the highest rated Arsenal player in FIFA 20 holding his position in 88 alongside Salah and Mane.

French hitman Alexandre Lacazette is placed at 86 just like his departed country mate Olivier Giroud. Being a facilitator and a goal scorer, the rank is quite a disappointment considering his consistency since Lyon.

Third in the order is Bernd Leno, the Germany goalkeeper who is famous for pulling some breathtaking saves and succeeded from Petr Cech.

One of the most dependable players who have emerged in recent times after the departure of Koscielny, Mustafi’s blunders, and Rob Holding’s injury is the highest-paid defender Sokratis Papastathopoulos. His unique style of play and concentration make him coach Unai Emery’s trustworthy choice.

The last in the top five is German midfield maestro Mesut Ozil whose game is always world-class but few inconsistencies have dropped his rank to 84. Nicolas Pepe who is Arsenal’s record signing comes at an impressive number 83 shared along Ex- Chelsea star David Luiz.