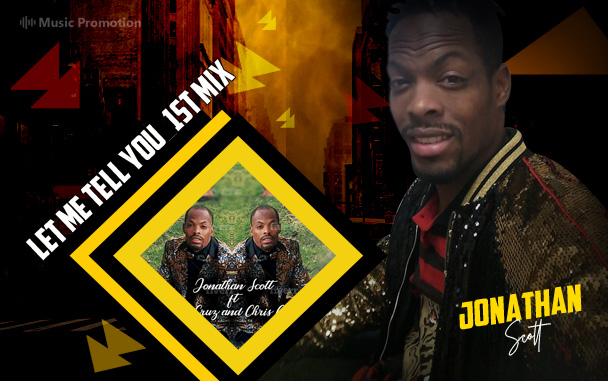 Hip-hop, R&B, and soul have amalgamated into a beautiful verse of musical conspicuousness with Jonathan Scott and his exuberant soundscape. His newly released song ‘Let Me Tell You’ is a lyrical and rhythmic wonder that has the sensuality of finding a relative saga with the audience. Drawing a thematic depiction of closeness and intimacy, the song is everyone’s story just told differently. There is a sense of transcendence in the collective lyrical enrichment of the song that carries any mind into its intricacies by giving them an illusion of the first-hand experience. So is the power of his vocal prowess that has transformed the velocity of slow musical moves with his individualistic interpretations of soul, hip-hop, and R&B by typifying their overall standards into a never-before known spectrum.

Jonathan Scott is an upcoming RnB artist from Arkansas Jonathan Scott who is both outspoken and intricate in his approach towards music-making. His central objective with his career is to connect with his audience on a deeper level of creative and intellectual accordance that will make his music a bigger reality. He is making and producing music independently as of now but with the way he is making his cut into the contemporary scene, his global popularity is only going to get bigger and that too rapidly. ‘Let Me Tell You’, which is currently featured on the emerging 200 charts is a song that draws an intimate picture between a man and a woman’s attachment through picturesque thematic linearity.

This artist hails some of his biggest musical inspirers as Mario Barrett, Ne-Yo, T-Pain, Usher, Khalid and Maxwell among others. His upcoming song ‘Be Free’ is already in works for a release that too comes with an important message of free will. If you are willing to experience this diversity of lyrical and musical expressions through the ethereal vivacity of Scott, follow him right away on Instagram, Facebook, Twitter and Soundcloud.

To enjoy this song visit the given below link :

For more info. follow the singer on social sites :