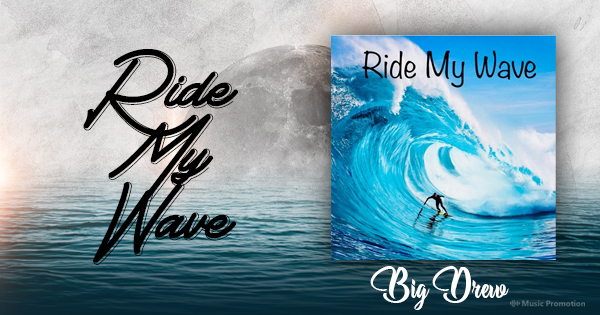 Big Drew is a magnificent singer who has made headway in the genre of dubstep, beats and hip hop music. He has dished out songs like ‘Ride My Wave’, ‘Gotta hustle’ and ‘Project X’. The songs are deftly composed by the Lebanon DJ Artist that are etched in the memory of the listeners. He is a terrific DJ apart from being the flamboyant musician that he is. He is very much happy with the name ‘Big Drew’ and wants to continue his musical journey with this name only. He is very much passionate about the genre of dubstep and wants his fans to have all the fun and frolic in the world. Lil Yurri is one such rapper who has influenced him a lot throughout these years. he is busy working on other projects right now and will unleash more beats for the audience shortly.

Big Drew has delivered songs like ‘Ride My Wave‘, ‘Gotta hustle‘ and ‘Project X’. There is an unwavering passion in the song with flickers of instrumentation. There is a bounce of pop in the song which is chaotically colorful. There is an insane release right from the outset in the backdrop of heavy electronic. To get a sneak peek of the pictures of the singer, you can log on to Instagram.

In the song ‘Gotta Hustle’ by Big Drew there is a touch of soft funk that will make you strut down the high streets in a carefree manner. In the song ‘Ride My Wave’ there is an addictive groove that goes with a stunning performance. In ‘Project X’ there is a jazz cafe like bounce which is profoundly uplifting which engages the audience notably. To get a snippet of the music by the terrific singer, you can plug into streaming platforms like Instagram and Youtube.

To listen this song visit the given link : https://soundcloud.com/bigdrew1750/ride-my-wave