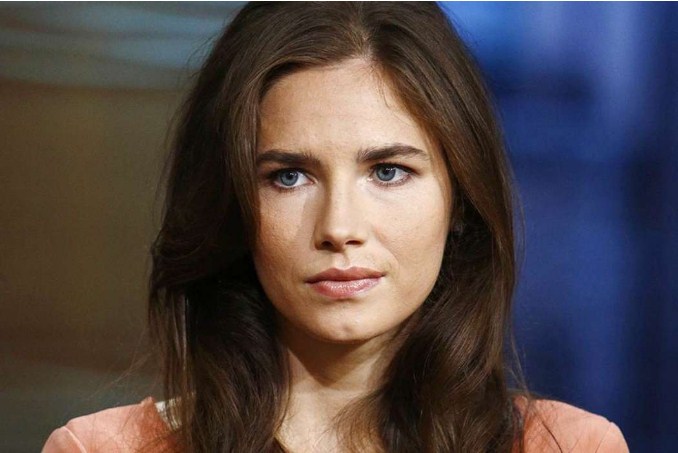 As per new reports by PageSix.com, Amanda Knox criticizes Lady Gaga on Twitter after the queen of pop compared being famous to being in prison. A Tweet dropped by 33-year-old Lady Gaga read ‘fame is prison’ and many of her fans condemned her comment.

Amanda Knox, the 32-year-old who was previously convicted for a murder felony went on social media to point out the problem with Lady Gaga’s comment. She said that in general sense, fame is not the worst thing anything could ask for and moreover, it comes nowhere near in comparison to prison. In response to Lady Gaga’s comment, she diligently announced her opinions and that prison is a whole different battle.

Amanda Knox was previously accused, charged, and convicted for the murder of Meredith Kercher, her British roommate while living in Perugia, Italy as a student. She was just 22 during the time of her conviction and went on the serve four years in prison while dealing not-guilty the entire time.

Both the convictions were called off but it was only in 2015 when all acquisitions against her were dropped. Later, the conviction of accused Raffaele Sollecito was also overturned by the court.

The series of events went on to arrest Rudy Geude in connection to Kercher’s murder and put to a 16 years prison sentence. DNA evidence was found in the bloodstained fingerprints on Meredith Kercher’s bed. Later in 2019, Amanda Knox was compensated with $21,000 after it was ruled by the European Court of Human Rights that she never was given a fair trial during the ordeal.

Knox was back in Northern Italy in June 2019 as a speaker at the University of Modena. Knox shared that she was afraid to be there as there might be repercussions from the audience who would accuse her publicly again as a way of harassing her.

The case of Amanda Knox came into limelight again following Kim Kardashian’s activism and social justice work which was documented on her reality TV series Keeping Up With The Kardashians. She worked relentlessly with American attorney Brittany K. Barnett and her team of legal subordinates that funded and worked for the release of many innocent convicts.

The most famous case was Alice Marie Johnson who was given a life sentence upon being arrested for trafficking marijuana.