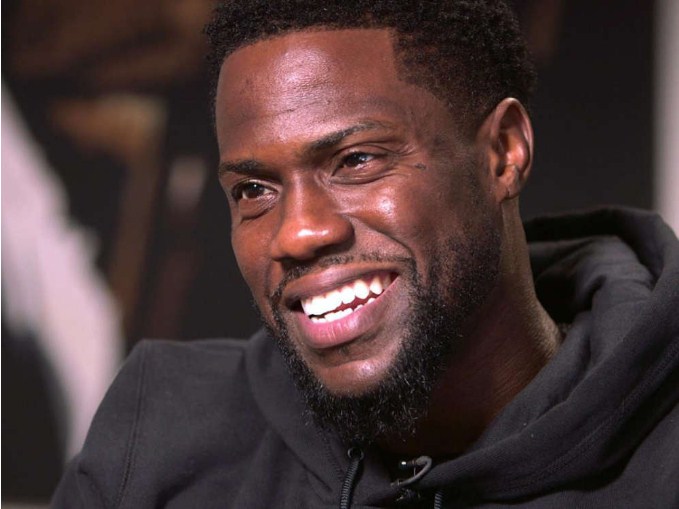 BET.com has reported that Kevin Hart is gradually on the process of recovery after he met with a terrible accident of a car crash in September. TMZ has found from a reliable source, the actor loafing around with his wife on Friday night, Eniko Parris, at Mr. Chow in Beverly Hills. Kevin Hart Appears Out In Public Following Back-Injuring Crash and it can be an intimation that Kevin Hart will soon return to work with a bang!

According to the source, as reported by TMZ, Kevin is recovering from the severe back injury the accident caused. It is hard to understand by his swift recovery that he has undergone three major surgeries for his spine and was in massive pain. In these few months, he has undergone critical surgeries, moved to a rehabilitation facility where he was taken care of with intensive rehab. He even began to have therapy sessions at his home afterward to have faster healing.

At present, he has not resumed any of his work yet but he is putting all his time into the promotion of his movie Jumanji. It is assumed now that he is recovering fast, he will get back to acting. He will start with all the remaining work that he was doing before the fatal accident. TMZ also claims that he hasn’t missed any work and detriment other projects. He even posted a picture of the movie with other actors on instagram to promote the movie that is releasing movie this December.

Ashley Mitchell said at the beginning of October, Kevin made a statement to wish Jared Black and his fiancée, Rebecca Broxterman, all the best on their marriage. It was reported back in September, when the accident occurred, Kevin seriously hurt his spine with Jared Black, the driver of Kevin’s vehicle at the time. Jared Black was severely injured as well in the car accident.

After the accident took place, he was admitted to the hospital for at least 10 days and then he was sent for rehabilitation.  According to E! News, he presented a statement where he showed nothing but love for Jared and Rebecca.

Kevin’s wife, Eniko Parrish recently commented that Kevin was doing better after the pain. Page Six said something opposite it stating, he has been in unbearable pain from serious back injury for over a month and non-stop suffering. But in the latest interview, Eniko stated confirmed that Kevin was “doing well.”

It is in the wind that Kevin, Jared Black, and Jared Broxterman were actually lawyering up and planning to sue the maker of Kevin’s 1970 Plymouth Barracuda. It was made in a different way where regular safety features were compromised.  No one knows why the company manufactured the car with such design but it is possible that it is the true design of the car.