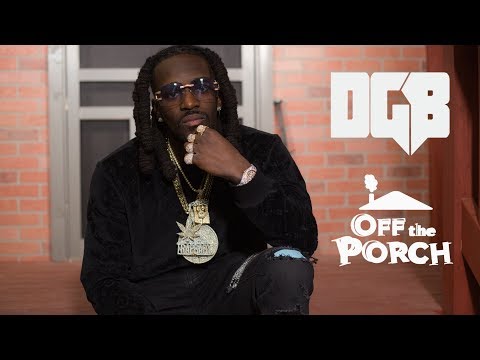 Jamaican DJ Kool Herc can be called as the initiator of Hip Hop music in late 1970. He introduced own version of DJing along with the traditional Hip Hop which gave a unique rhythmic transcendence to the whole notion of Hip Hop. Recently Trap Baby Dre, Alabama based Hip Hop singer magnificently brings out trance-like vibes with his new releases ‘Head To Toe’ and ‘TRAP PHONE’. The song is some sort of ‘out of the track’ to the current Hip-Hop music we generally listen to. The structure of the entire song is so well-shaped with creative visualization and fascinating lyrics that it’s bound to get into the audience’s head if they check it on Youtube or play it on Spotify.
The opening part of the song indulges the audience to get into a zone of traditional hip-hop with all the classical beats, then it brings unexpected modernity which works terrifically as it helps to add on an electrifying dynamism to the song. Like many songs, ‘Head To Toe’ with its opener catches the audience’s attention with intriguing punch-lines and fascinating content and it also makes them believe in the song makers’ creative sense and unique thought-process. Another thing for which the song is getting immense popularity is that it is short and crispy and also it brings a smooth and constructive finish.
Be it Hip-Hop or any other form of a song- the voice is the primary determinator of forecasting whether the song is going to be a hit or not. Also, ‘TRAP PHONE’ brings a pair of well-coordinated vocals- where along with Trap Baby Dre all the other artists are so energetic, intense, enthusiastic and full of life that automatically it gives a strong emotional connection to the audience to return to the song again and again. If you have a natural love and deep connectivity for raps and Hip-Hop then definitely it’s highly recommendable for you. The sole credit for the success of this song goes to Trap Baby Dre for his invariably innovative creative skill, he is much active on social media follow him on Facebook, Instagram, Youtube, and Spotify to get more updates about his upcoming musical ventures.
Watch this Interview on YouTube:
https://www.youtube.com/watch?v=pwZcYvZVLwU