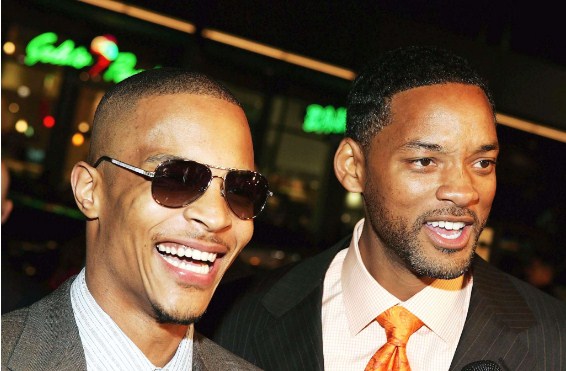 T.I. and Tiny Harris made another headline when they managed to get some awesome pictures with the leading actor Will Smith. T.I. And Tiny Harris See ‘Bad Boys For Life’ And The Rapper Poses With Will Smithand posted on social media to let the fans know about their latest instance. The fans have loved the beauty of Tiny Harris and found T.I’s captions pretty humorous.

A fan commented about his caption saying that he would have liked the picture as always but now he could not for the hilarious caption. T.I seemed to tease his lover in the caption.

Another user posted on the comment section saying they were his favorite couple so far. Other fans gushed over the pair saying T.I. was looking like a stunning African attire king and they were truly blessed with the purest form of love. A fan noticed an embellishment in T.I. when he saw T.I. pierced his ears.

Fans got super frenzied after seeing the couple’s picture and the comments never stopped coming. One true fan said that the two are the power couple and T.I. rocked in the black leather clothes. A follower suggested that T.I. and his old friend Will Smith should sign up for a movie together as they share a brotherhood that is not easily seen.

Another T.I. fan seemed very glad about his new piercing and stated that finally T.I. got rid of his fear of needles and pierced his ears. Another observant stated the same thing that he never saw the celebrity with an earring.

In other picture he put a caption insisting everyone to watch the new released movie Bad Boys For Life. In the photo, he looked very confident and proud with his beautiful wife by his side. They were seen wearing gorgeous matching outfits in Nipsey Blue color. The fans gushed over the super couple and blessed them to be together after going through the hard times in their relationships.