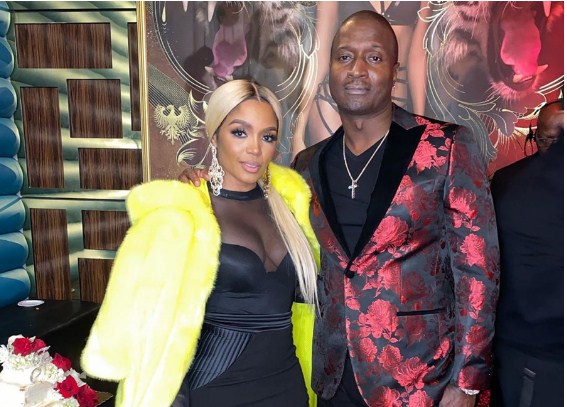 Rasheeda Frost takes the internet by storm with her new pink bob hairdo in which she looks like a bomb.

She’s simply rocking the new haircut and her fans made sure to shower their praises in the comme4nts section as soon as she released a picture of hers in the social media. Her love for experimenting with her hair has compelled her to keep changing wigs and she looks stunning in all of them.

On her post, Rasheeda wrote how she’s just flipping away with her new pink and captioned it with @diamonddynastyvirginhair followed by two heart signs.

Comments started flowing in immediately, where one fan commented on how bold Rasheeda is to flaunt such a bold color and wishes to be as bold as her. Another fan said that her new look has left all of them wide-mouthed and they can’t decide whether she is pretty or beautiful, because whatever they would say won’t be anything new or something which she already isn’t aware of.

A fan expressed her deep love for Rasheeda and praised her by calling her beautiful, strong, ambitious, and loving. She also went on to add that she wishes to be half the woman Rasheeda is in her lifetime. She also pleaded Rasheeda to keep blessing her timeline with such beautiful updates and her beautiful spirit.

While another fan commented on how cute she looks in the other color and that she must continue to slay with her bad self.

A fan who didn’t look much impressed with the new outlook commented that although Rasheeda is flaunting a Boss Lady’s look she looks her best in her natural hair as her real hair is the truth.

However, Rasheeda Frost flaunts a pink bob and fans are here for this new look- she invites people at pressed Boutique.

To which a fan immediately expressed lots of love and called her a boss. While another comment read that her outfit looks stunning and she just inspired that fan with her killing looks which she might be wearing to work the next day.

An overwhelmed fan expressed the desire to come and visit Rasheeda at the ATL.

The Boss Lady did not take much time to get back to her fans and announced that she had started with her fasting on the 1st of January and also told her fans that it is never too late to start.

All her fans must surely check out the motivational message which she shared on her social media account.

Rasheeda is currently sticking to her New Year resolution which is to eat and live healthier.