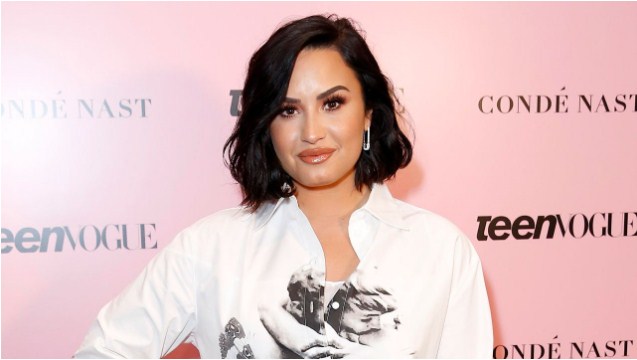 Demi Lovato’s life has seen some great falls in life and her life may look rosy from the outside but she has gone through nightmares. Demi Lovato Says She Was Not Sure She’d Ever Have A Comeback from the biggest nightmare of her life, the drug overdose that almost killed her.

Surviving this fatal incident was a miracle for her and it is like a second life given to her. She is thankful that she survived the blow but it was so uncertain that she could possibly pull it off. It has affected her in a great manner.

She was recently interviewed on SiriusXM’s Radio Andy where she disclosed her scariest moments that still haunt her and also her iconic come back to the stage at the Grammy Awards.

She gave a praiseworthy emotional performance at the Grammy stage and admitted that she was still in shock and barely believed that she made it through.

Demi performed ‘Anyone’ and after putting on a terrific show at the Grammy’s, she had a chat session with Andy Cohen to share her darkest thoughts and experiences. She talked about a phase in her life when she felt exhausted and drained out. She was not able to make a tune in the piano and couldn’t see her life beyond her vulnerability. She broke down and the drug overdose was the worst she could have at the moment. She did not know if she could come back alive but she did and chose the right song to sing at the GRAMMY Awards.

The song was a piece of her life puzzle. She wrote the song a few days ago before she was relapsed and drugged. A lot of the fans can really relate to what she has been going through and her new song has touched many vulnerable hearts.

She is glad that she has made a comeback in her music career after this traumatic phase she witnessed due to her depression. She was very unsure about her health when she was discharged from the hospital.