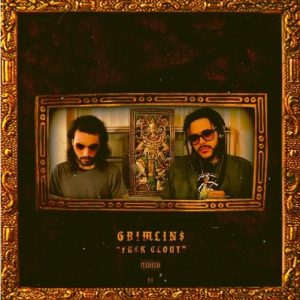 Creating a beautiful territory of lyrical and musical excellence is the upcoming duo Grimlin$ and his soundscape of some of the most out-of-the-box hip-hop stories the audience has ever come across. Some of his songs like ‘Enki’ and ‘Ritual’ are channelizing the virtues of lyrical hip-hop in a dreamy sequence of individualistic interpretations. His styles and sense of arrangements that utilize various gradients of rhythms, notes, modulations, and pitch collectively form a soundscape so unique that it gives major goals to the future of the genre. The duo has subjected hip-hop to a hardcore formatting that structures songs with the thump and grime of outspoken expressions as well as a meandering flow of assertive themes.

Grimlin$ hails from the Broward County of South Florida and has put in their passion and musical efforts together into assembling their sound and vision. Their other songs like ‘Outlaws’, ‘Beetle juice’, ‘The shadow realm’, and ‘POTARA’ are among many other of their exceptional ventures that have laid the foundation of their eccentric sound. Hard-hitting, relatable, and conspicuous, the songs’ lyrical splendor lies in their courage and prowess to express what is subdued. Taking into account the various aspects of cultural hip-hop standards, they have stood out in terms of their impromptu movement through their soundscape.

Trippy music and an abundant thirst for discovering the unknown premises of musical definitions, the Florida hiphop artist duet act describes their numbers a transcending medium to closure and interpersonal realizations. The beauty and oneness lie in their integration of musical elements that collectively pave the way for creative salvation for both the artist and their audience. As they move forward to weaving a career of musical legacy, their rise to the global platform of accomplishment and acknowledgment is not far. Follow them on Twitter, Spotify, YouTube, and Instagram to get a taste of hip-hop’s newest act of resurgence.

To enjoy these songs visit to the given link: https://soundcloud.com/grimlins954