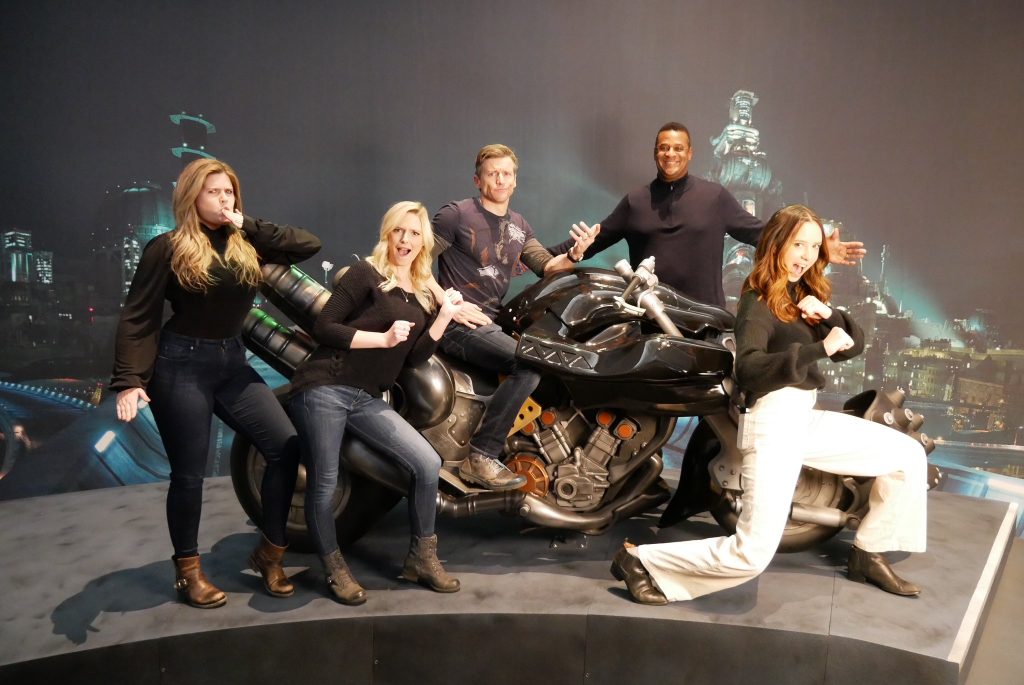 The convention at PAX East, that had Final Fantasy VII as the center of attraction came to an end on 1st March in Boston.

The release of some games like The Last of Us Part II was pushed back due to the current panic of the Wuhan Coronavirus outbreak, but final Fantasy VII Remake held its ground with might. The event had gifts, signings, a playable demo for the game, and photo ops for the fans. What pleased the fans most was as the members Of Final Fantasy VII Remake’s English Voice Cast Assemble At PAX East For A Photo With Cloud’s Motorcycle.

The fans rejoiced at the presence of the English voice cast of the anticipated Final Fantasy VII Remake.

Anyone present at the convention at PAX East had definitely met the voice cast of Barret, Avalanche, Tifa, Aerith, Biggs, and Jessie.

The photo of the cast members grouped for a photo with Cloud’s motorcycle was tweeted on the game’s official Twitter account. Square Enix had captioned the photo, “don’t mess with the Avalanche crew!” “Left to right we have the Final Fantasy VII Remake voice actors: Jessie, Aerith, Biggs, Barret, and Tifa!”

Though the voices for the Final Fantasy VII characters were first used in the original Kingdom Hearts on PlayStation 2; it has been voiced in other media previously.

The storyline after that was sustained in the CGI movie Final Fantasy VII Advent Children. Next, there was Final Fantasy VII Dirge of Cerberus, Kingdom Hearts 2, and other projects where these legendary characters had an opportunity to be voiced.

Several characters are brand new in this game and weren’t voice before. The characters Aerith, Tifa, and Barret were voiced before but the voices of Avalanche soldiers Biggs, Wedge, and Jessie have been used for the first time.

Brianna, the voice actress Aerith, had been joined by the voice actor of Berret as she plays through the original 1997 release of Final Fantasy VII on her YouTube channel, called Strange Rebel Gaming. She has become quite popular on YouTube, streaming games like Tomb Raider, God of War, Uncharted, and The Last of Us.

Initially, Final Fantasy VII Remake was announced to be released on 3rd March 2020. But a delay pushed the release for another five weeks; it will be made public globally in April 2020 on the PlayStation 4.