Listen to Texas rapper Kvng Blue’s impressive hip-hop style as he raps to confirm his status as a modern, artist who understands this generation’s taste of music.

Kvng Blue separates himself from the crowd with his super impressive rap style. The artist thrives on his terms and shapes his music to meet his own needs and expectations. By consistently maintain his energy throughout his songs, the Texas rapper makes sure that he can replicate the same passion amongst the audience. With greater creativity and an immense sense of rhyming, the rapper distinguishes his creations from the others and gets the focus he deserves. His skills serve up the hard-hitting hip-hop tunes and stand tall in quite a unique fashion. 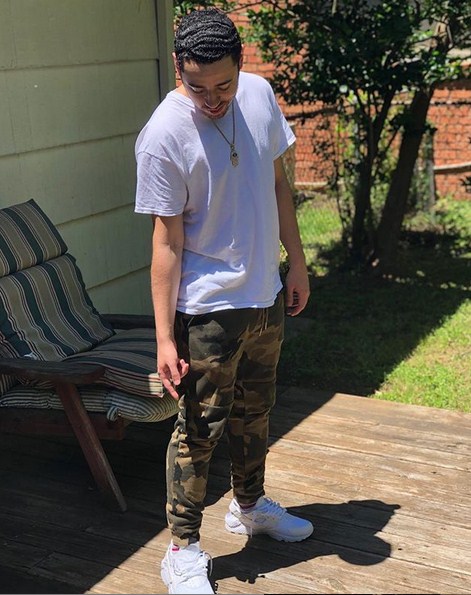 This quality continues as he composed all his playlists like ‘SuperSaiyan’, ‘Unreleased 2’, and ‘Squad V2 Mixtape’ that encloses his refreshing and intelligent musicality in the form of some well-crafted songs. Seeing the artist bends his voice in a fresh direction, the audience remains hooked to his superior freestyle. Few of his songs like ‘Assist (KvngBlue And BabyNoon) (prod. Kylejunior X OUHBOY)’, ‘Fast Coupe (KvngBlue & BabyNoon) (Prod. Fordays)’, ‘Back Room (Kvng Blue & BabyNoon) Prod. Syndrome’, and ‘On God Ft. Kvng Blue, T3XZY & BabyNoon (prod.ESKRY)’ shows the rapper’s heavy vocals as he sings in an upfront style. The music set up is unique as it involves the fusion of table beats in between to add a distinct touch to the genre of hip-hop.

Kvng Blue feels that his music is mostly fresh as it flows with a different vibe than other stuff. The artist’s music is not genre specific but encompasses sounds of varied genres like emo-rap, sing-rap, pop, and engaging hip-hop. The creations are enjoying as the songwriting has been build keeping in mind the preference of the audience. Any avid hip-hop lover would quickly fall for his captivating soundscapes which are now available on Soundcloud for full listen. Also, to know more about his upcoming projects follow him on Youtube, Facebook, Instagram, and Twitter.

Listen to his all tracks on SoundCloud by simply click on the link: