Some fascinating stuff is offered to the audience by the prodigious music producer Maximo Quinones. He has soared up the mercury level with the number ‘Designer’ featuring Michaella that has an eclectic appeal. The amazing soundbites are the hallmark of the Chicago based music producer. He boasts of owning an up to the minute production house called ‘quinones’ that has state of the art facilities. He played with multiple genres but got attracted to house music. His production skills started showing sparkle as early as when he was only 18. He brought in direction and style a few years later that is evident from the latest releases. One can plug into the Facebook profile of the producer and watch out for the shared posts. 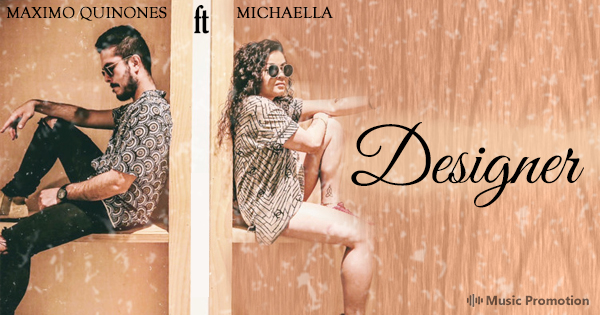 The music producer Maximo Quinones has laid out the high-quality melody in the track ‘Designer’. There are flickers of instrumentation in the professionally crafted soulful number. He collaborated with the master class producer Flynninho and dished out the raging chartbuster titled ‘I Love Acid’ that was played all across the globe in 2019. He took a quantum leap in the next few years in various genres like house, deep house, and tech-house. A nonchalant conversation with the producer can be started by logging on to his Twitter profile. One can get a sneak peek of his shared updates by plugging on to his Instagram handle.

The hard-hitting track by the prolific music producer has got plenty of room for making a rocking remix out of it. The sound-play of the track is inspiring and every bit of it has a rhythmic loop of the addictive dash. Soundcloud is a popular music streaming app where you can plug in to listen to the music produced by him. The enchanting music videos by the producer can be watched by plugging on to major trending platforms like YouTube.

Check out to listen this song ‘Designer’ by Maximo Quinones :