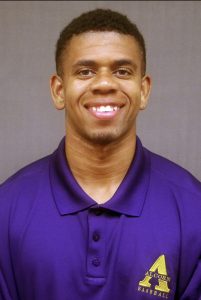 Alcorn State outfielder Brandon Rembert will be returning to school for the 2021 spring season. The NCAA granted a year of eligibility back to baseball players who missed their 2020 seasons respectfully.  The Pre-Season All-SWAC first-team selection will be back as a key part of their lineup once again.  Rembert batted .255 in his 2020 season adding a homerun and 6 RBI’s.  Rembert started all 12 games for the Braves this season, manning the right field position.

Rembert states, “I was very excited to see that we were able to get our year back.  I was a little nervous about not being able to return and the 2020 season being my last year of collegiate baseball.  When we were sent home in March,  nobody really knew anything, and we weren’t aware of what was going to happen at all.  It was a pretty good feeling the day I found out that I was going to be able to return.”  Going back to school gives Rembert another opportunity of being picked up in the 2021 MLB Draft.  Rembert was named an HBCU Player to Watch for the MLB Draft in 2020 but was not picked up.  Rembert will try to make the most out of his last chance to get drafted.

He states, “This upcoming season will be a really big year for me.  I feel like I really have to go out and perform really well and open up the eyes of scouts. I had some looks already, but I didn’t get picked up this year. The draft was only limited to 5 rounds this year, so it kind of hurt my chances of getting picked up at all.”  Despite not being picked up in back to back years, Rembert still remains hopeful that a good season in 2021 will change that trend for him.  Rembert had a very good junior season where he led the team in multiple offensive categories.

He states, “I had a really good year in 2019, but scouts want to see if I can perform well on a consistent basis.  One good year will not be enough for me, especially coming out of a smaller conference.” Alcorn State competes in the Southwestern Athletic Conference. No players were taken in the Draft from the SWAC this year and only one player was taken the year before.  Being a Draft pick from the SWAC will be a tough feat, to say the least, but not impossible.  He states, “If you are good enough they will find you. There have been players that have been drafted out of the SWAC before, so it is not impossible.  I just have to convince scouts that I am good enough to play pro ball.  I am confident in the skills and talent that I have, but that doesn’t matter if a major league team is not confident.  I feel like I have to prove to them that I belong on that level.”

Alcorn State will be returning most, if not all of their starting lineup, per Brandon Rembert. He states, “A lot of the team did take advantage of the extra year and did elect to return for another season.  I honestly think that we have a solid team and have a chance to do something special this year.  I think if we all buy-in, we have a chance to do something big.  I am honestly really excited and looking forward to this upcoming season.” Alcorn state battled and took a top ranked Ole Miss team into extra innings in the 2020 season, before losing in the 10th to a walk-off homerun. Rembert states, “I think that game really opened our eyes on what our team was actually capable of doing.  We hung with and almost beat one of the best teams in the country, so that should attest to the type of team that we have.”

Brandon Rembert will definitely be a name to watch in 2021.  He had a great campaign in 2019 and hopes to build on that year. For him, this will be his last opportunity to show scouts why they should take him in the 2021 Draft.