The charismatic Decio has wreaked havoc with his splendid rap track ‘Hate On Me’. It is one of the very special performances by the Arkansas versatile singer. 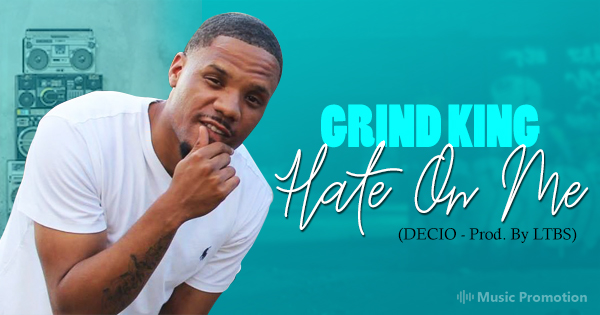 The fans are treated to some mesmerizing stuff of new-age rap by the very talented rapper Decio. He is also known as Grind King and has soared up the mercury level with the rap number ‘Hate On Me’. The audiences are slain by the terrific artistry of the Arkansas versatile singer. The singer and music promoter who is born in El Dorado is the owner of two up to the minute production houses called ‘Decio Beatz’ and ‘Grind King Executives’ that has state of the art facilities. He is also a prolific music producer and happens to be the owner of an á la mode fashion brand called ‘Frawr Clothing Brand’. Apart from that, he is also an experienced graphic designer with an eclectic body of work to back his talent. To fetch more information about the multitalented person, the audiences can log on to his Facebook profile.

The prodigious singer Decio has belted out the remarkable track ‘Hate On Me’ with an addictive dash. He dishes out tracks with a dash of reality and being an introvert comes up with all the shades of emotions very much from the core of the heart. He is an admirer and fan of the great Michael Jackson and also bug-bitten by icons like Money Man and T.I. To know more about the upcoming ventures of the singer, the fans can log on to his Instagram handle.

There are touches of subtle funk and elements of fusion in the number by the astounding singer. He is all set to come up with a Beat Tape and an EP that is going to hit the streaming outlets very soon. The fans can share a gabfest with the singer by plugging into his Twitter handle. The magnificent tracks by the singer can be heard by logging on to major music streaming apps like Soundcloud.

Listen to this track click on given below link:
https://soundcloud.com/grind-king-2/decio-hate-on-me-prod-by-ltbs