Upcoming hip hop artist TTG$ presents a unique enamel of contemporary musical arrangement and production skills with the verses of his new song. He recently released the track, ‘Run It Up’ which redefines the scope of modern-day hip hop and rap like no other. His spontaneity and sense of rhythmic dynamics come together in a creative symbiosis to pave the way for an exquisite sound. The song is crucial as a foundational element in the collective evolution of the genre through the ages. The artist is prolific in presenting a scope that brims with motivation and inspires new and upcoming artists to follow their dreams. He captures the creative aura of the new-age hip hop wave into the verses of the song with his unparalleled knowledge and wisdom. 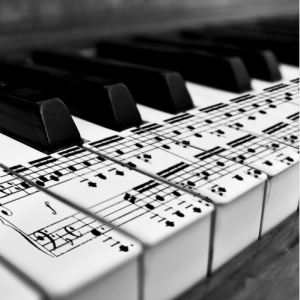 The song ‘Run It Up’ is a personal account that flows into the creative streams of the larger audience. He is a lyric expert and his rapping skills set him apart as an artist with a vision to introduce the world to something new and exciting. All of 18, the Kansas based young rapper accomplishes his strengths and abilities that reflect in the verses of his new release. His conviction and creative rapport are already making extensive waves of audience engagement that will surely reach the highest point of global popularity. He utilizes the lyrical freedom of hip hop and rap to present his style and individuality in his music.

Rapper TTG$ hails from Seneca who is on his journey to establish his name among the top runners of the relevant industry. Some of his other songs that display his extensive rhythmic, lyrical, and production skills include ‘Flow’, ‘Wasted’, ‘Last Laugh’, and ‘Wack’ among many others. Infusing styles of contemporary hip hop elements in his music has made him emerge as a versatile artist in the making. To know more about his latest releases, follow him on Soundcloud.

Listen to TTG$’s ‘Run It Up’ track only on Soundcloud: https://soundcloud.com/swagmagg-401/run-it-up