The quintessential music artist Bey Bright first beat the drums for his epochal music contributions in the sparkling music scene in New York after he was nominated for an Indie Soul Grammy Award. His name was on billboards and his face was covering the camera at various TV shows across the globe. He founded Bright Vision Entertainment hot on the heels of his surprising success. The famous New York RnB Singer is a source of vitality in the American music industry. His skillful musicianship and entrepreneurship have guided many aspiring musicians to follow their dreams by taking the tough road of hard work and persistence. His songs have fed the hungry souls with hope and motivation so that one day they become an eminent part of the industry. When he said that his goal is to inspire the mass, he meant it. In the middle of 2000, he set up an online class entitled “How To Market, Distribute & Sell Your Music Independently”. 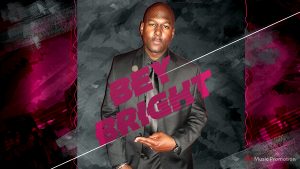 His indie music career had an upward trajectory after several coming out as a featured artist and guest speaker on plenty of radio & TV shows across the globe with prominent TV & Radio hosts such as Bev Smith, Audrey Chapman, Angela Stribling, Ralph McDaniels, and Harold Fisher. His innate passion for music was not unknown to anyone in America. His gradual exposure cleared the creative void in the industry like a gush of wind. His latest single ‘Body Can’t Lie’ is a flurry of poetic metaphors syncopated in fairly soulful rhythms. The raspy quality of vocals expresses the inexpressible thoughts through the choppy beats and illuminating lyrical presentation. ‘Love Zone’ is released in January 2021 with a fresh collection of memories bound in graceful sound design. ‘Soul Nostalgia 3’ has become the number one record on the UK Soul Chart Top 30. With the masterworks like ‘Turning Me On’, ‘Vibe’ and ‘Put Me On (remix)’, he builds pressure in the industry by raveling himself with mystery.

Bey Bright is not only an enthusiast of music but also an author who wrote several sold-out books to inspire and entertain the people who share the same respect for art. He wrote ‘How To Attract a R.E.A.L. Man’, a book to find out the desirable qualities a man searches for in a woman before choosing his life partner. He is also the author of ‘Claim Your Man’. Follow the iconic musician on his website, Soundcloud, Youtube, Twitter, Facebook, and Instagram.

For more tracks of Bey Bright, Please go through the below link :