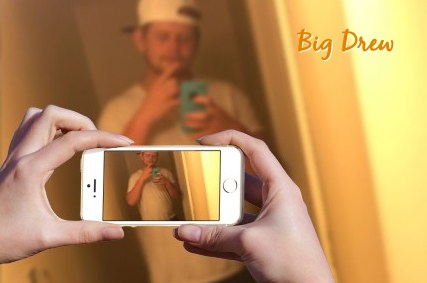 Presently, the modulation of music and sound in the backdrop of contemporary cultural fusion is paving the way for the robustness of electronic dance music and dubstep as some of the most loved genre representations out there. Upcoming DJ and producer Big Drew is recreating a lineage of musical arrangements that not only comprise of modern electronic sounds but a flow that tells a story without the obvious knowledge of wordplay. He belongs to the new age stream of music enthusiasts and his music is directed to set the audience on a stress-free groove. Sculptured with thematic denotations along with a pronouncement that resonates with the sound of the future, Big Drew is the guy to look out for.

Lebanon DJ artist Big Drew contemplates the virtues of beats and rhythms to formulate a sound that breaks into a boisterous harmony of pop-culture acts. Some of his samples like ‘Gotta Hustle’, ‘Inner Thoughts’, and ‘Bang Low’ each have distinct flavors of overlapping genre differences with the essence of dubstep as the most conspicuous linearity. Big Drew’s objectives with his soundscape are to give to the audience a non-judgmental platform that they can dance to and release their dilemmas of being. A creative scope of urban musical themes and sound, he is taking the scene by storm.

Big Drew hails rapper Lil Yurri as his biggest creative inspirations, something that works as an impetus in his growth as an independent artist and proprietor of good music. Electronic modulations, rhythmic warps, sampling extravaganza, and more all coming from his intense and insightful mind reaching physicality through his equivocal firmness, Big Drew is all about the present moment. His aura is so captivating that it takes no time for him to set his audience into the groove and waltz of a weekend carefree dance. Follow his work on Soundcloud, YouTube and Instagram to experience dubstep glory like never before.

For more tracks visit the given below link :

To know more check out the following sites :