Cafrii has dished out the most amazing song in ‘Sunrise’ which has amped up the vocal quotient across generations. The South Korea DJ and Producer is in collaboration with Chris Gehringer who is from Sterling Sound. The song released under the label name Universal Music Group who is in a distribution agreement with the DJ and producer. Apart from being a terrific DJ he is also into productions and owns a production house called ‘Lemon Records’. His music is based on the philosophy of love and life. He is very much inspired by musicians like Kygo and Avicii. Presently he is working on a single’s release and there is a live performance which is scheduled to happen. You can get more information about him by visiting his profile on Instagram. To listen to the mind-blowing songs, you can plug on to major trending platforms like Soundcloud and Youtube. 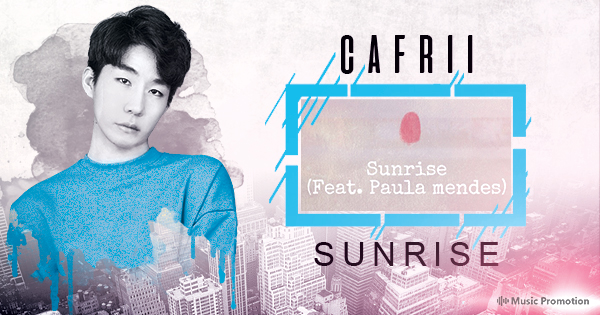 Cafrii has delivered the most fantastic song in ‘Sunrise‘ which features Paula Mendes. The song has got the intricacies of electronic music along with the flickers of color. The song is very classic and at the same time, it has got a very cool feel. The song has got beats of techno and a fusion of house music that has been crafted impressively. There is an organic feel to the song with a lot of warmth in the rhythm.

In the song ‘Sunrise’ featuring Paula Mendes by Cafrii , one can depict a stunning performance. The song is refreshingly creative which has the supreme elements of electronic music. There is a downpour of brilliant music from a synthesizer which has an electronic backdrop that is very soulful. The song has got an insane release right from the outset that lights up the moment. It is one of the most beautiful songs in the EDM and Dance genre.

To enjoy the track visit the given soundcloud link :