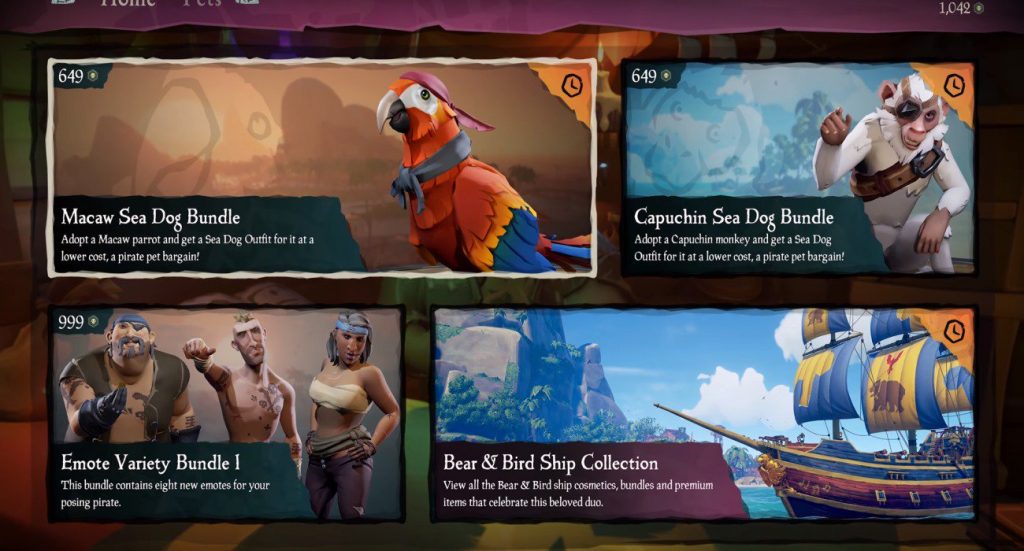 Sea of Thieves features among the best of today’s action-adventure game on pirates which is available to you. Epic adventures are offered in the game with vastness which is a feature for open waters. You can sail either in a group of four or you can sail solo. It is a lot of fun when you are sailing in a group of four while you are completing the quest. The game had a slightly rocky start but there are a lot of great updates available since the launch of the game.

In Microsoft Windows and Xbox One, a new game went live which is known as  Sea Of Thieves Called Smuggler’s Fortune. A lot of improvement is brought to gameplay where a new feature is introduced which will make the ocean’s vastness more interesting and enjoyable.

The new voyages to start with are very much intriguing. One can freely accept the Mercenary Voyages and gets the opportunity to build the Dubloon collection. the next in the line for the quest are Bone Voyages and Rag Voyages which will involve the player who is looking for crates that are hidden. Both of them are fun voyages to complete with a particular party.

The most important thing that has to be mentioned which comes in the latest version or patch is that pets are added to it. It is the addition of pets. The seven seas can be sailed by you with the help of a trusty companion. Monkeys and parrots can be bought who will be accompanying you on the voyages. Ancient coins are a new currency with which you can purchase it. The coins can be earned in the game itself or you can purchase them with the help of real money. The second option is quicker. You can choose according to your wishes.

You can name the pet you are going to choose. You are also able to choose the place on the ship where they will stay. Say, for example, you can keep them in the captain’s quarter in a cage or one can place it in a ship’s wheel and station them. They are going to come with you when you get off the ship. This addition is great and comes in very handy while tackling the seas.

There are no official reports as such about more and more animals that are added to the game but it should make some sense. One could have updated the pets with different types of creatures which include dogs and seagulls to name a few. It is a very interesting fact that if you emote the pets will react. So the pet’s behavior will be affected by the way you emote.

Smuggler’s Fortune is just a great update that makes Sea of Thieves an adventure game of the best quality. These updates are very consistent so let’s watch how these improvements are made by Rare.