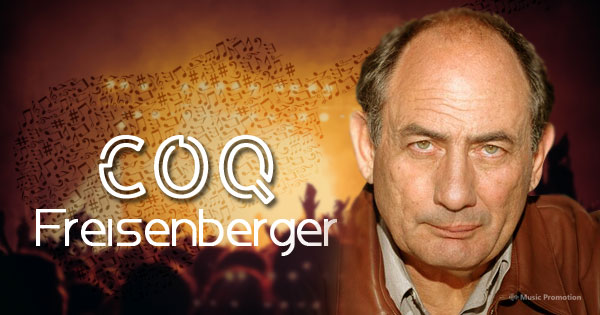 Qualities of sound are often manipulated by artists to form an individualistic flavor in terms of musical conception. Electronic music expert and multi-media artist Coq Freisenberger is presenting his ambient sound expertise through the coherence of his mesmeric soundscape. There is both experimentation and cultural vivacity in his sound stream that has lead to the creative production of two of his highly regarded pieces ‘Bird In Hand’ and ‘Bird In Hand 2 Ol’. The perspective from which he utilizes his composer’s flair is so varied that no two verses have the similarity of creative blocks. His diversity and instinctive take on various frequencies depict contemporary electronica and its ever-evolving opulence is a beautiful marriage of timbre modifications.

He is an upcoming electronic musician from Los Angeles who has set his records right by stimulating and manipulating sound modules through digitally syncopated rhythmic patterns. As a result of such outspokenness in musical formatting, the audience cannot help but join the joviality in utmost unanimity. His flairs are not just restricted to just a pre-defined line of musical linearity, but he justifies the greatness and unbound limitations of music by fusing notes told through digital syndromes. A storyteller structuring his thoughts into a cultural line of resonance, his stream offers it all, especially in the backdrop of the extant generation of music.

Russ Andrade who goes by his musician’s pseudonym, Coq Freisenberger is so profound in his ideas that he does not compromise on the extent of experimental risks he takes with his music. Some of his other sets including ‘Landers Landscape’, ‘The Cubist’, ‘Oceanview’ or Only Constant’ are so frisky in their demeanor yet so classy in their collective vibe that they have surprised the current EDM body in creative astonishment. Currently signed to the production label Rebel Mothership, his journey as a visionary and upcoming collaborator of futuristic sound territories is just getting started. Follow the man of multiple aptitudes and lilting wisdom on Soundcloud, Facebook, Twitter, and YouTube right now.

To enjoy music tracks of Coq Freisenberger, visit the given soundcloud link :

You can also check out his social profiles :