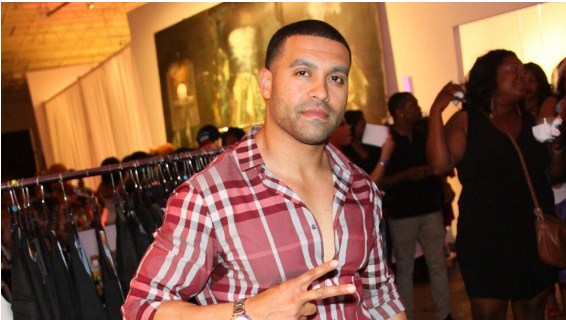 Post his release after spending five years in imprisonment, Apollo Nida is enjoying each and every moment of his life. Apollo Nida, the ex-husband of Phaedra Parks, was sentenced to imprisonment at the Fort Dix Correctional Facility based on charges of conspiracy to commit mail, wire, and fraudulent activities. Fortunately for the 41-year old, his initial release date of October 19 was switched with July. On the personal front, in the meantime, things have been going smooth between Apollo Nida and his fiancée Sherien Almufti. Recently, both of them took to Instagram to share their personal pictures. Apollo Nida And Fiancée Sherien Almufti Share Lovey-Dovey Photos — Phaedra Parks’s Fans Rush To Blast Them.

On the occasion of Apollo Nida’s birthday, Sherien Almufti shared one of their photos on Instagram and wished him luck in the caption, which read: “Screaming HapPy FreaKing BiRthDay to this stud muffin @apollonida03 Damn baby you age like fine wine. This has been a hell of a journey for you but you made it sweetie! Now finally, let’s celebrate your born day #free and surrounded by love and positivity. Wishing you many more years of health, love, and prosperity!!! I love you baby #happybirthdaytoyou #scorpioseason. To her affectionate post, the former Real Housewives of Atlanta star responded with an Instagram post which read: “I’m extremely blessed and excited for this opportunity that GOD has given me to share with my family @100.piercent @queensherien. I want to say thanks for everything. Both of you have made it possible for me to remain strong-minded and not fall victim to circumstances. LOVE YOU BOTH #thenidateam.”

The picture shared by Apollo Nida was very much liked by the couple’s followers, and many of the fans commented on the genuine happiness in the eyes of Nida in his uploaded photo with Sherien Almufti. One of the critics shared: “I never knew I was following u, but I saw this and was like, huh? Now I remember from back in the day with the Atl show. Growth is amazing. Blessing. I will unfollow now tho.” Besides sharing this viewpoint, the critic also dropped a comment addressed directly to Sherien Almufti: “He gon be cheating on you soon enough sis just like he was doing Phaedra. Hope you don’t think he’s gonna be free and be faithful. U wait.”

Parks and Nida had officially got divorced back in 2016, two years after his imprisonment. Post-divorce, however, rumours were rife that Parks was involved with several men over the years. Nevertheless, Parks has not commented on her former spouse’s love life, for she is currently busy with her new boyfriend, Medina Islam. As per Parks, the former Haves and the Have Nots star is extremely smart, kind, and sober, and she seemed quite enthusiastic about the relationship which started off in summer.