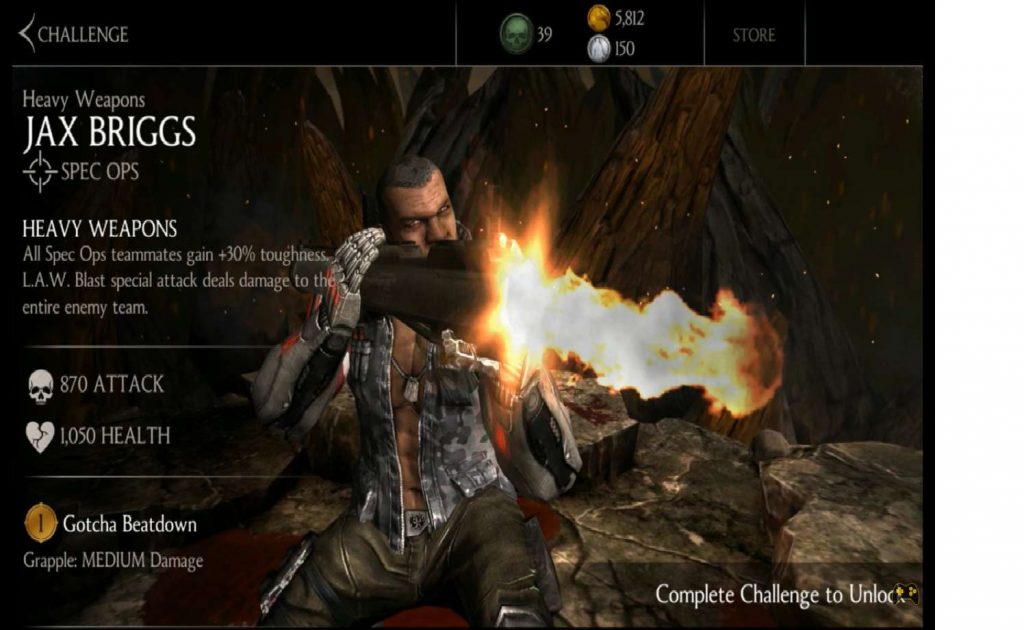 The players of Mortal Kombat will be pretty glad to know about the upgrade being brought in to Mortal Kombat. Heavy Weapons Jax comes in for his weekly tower in Mortal Kombat mobile.

The character Jax was created for the 1993 Mortal Kombat by John Tobias. The character has been absent from only one game and that is Mortal Kombat: Deception. But there also he was present for a cameo at the end. Jax also got a spin-off game, Mortal Kombat: Special Forces, which is unlike most of the characters of the game. Yet, many fans didn’t like the spin-off.

The first thing that comes to everyone’s mind when talked about Jax is cybernetic arms. But surprisingly, the arms function pretty differently in both the timelines. In the Midway timeline, consisting of Mythologies, Special Forces and Mortal Kombat 1 through Armageddon, these arms work as cybernetic enhancers. These arms can be removed whenever the character wants to.

And, the Heavy Weapons Jax has been taken from the Netherrealm Timeline. Heavy Weapons Jax ties American flag bandana around his arms and wears his fatigue style vest, based on his skin shown in Mortal Kombat X.

Heavy Weapons Jax is designed with five towers, each with different requirements and with three difficulties to run through. Completing the difficulties helps one earn different rewards, including an upgrade to the character’s cards that make him stronger for his level.

Heavy weapons Jax can be availed of from 2nd January 2020. So, the fans need to act quick as they wouldn’t want to miss out on this fun character.