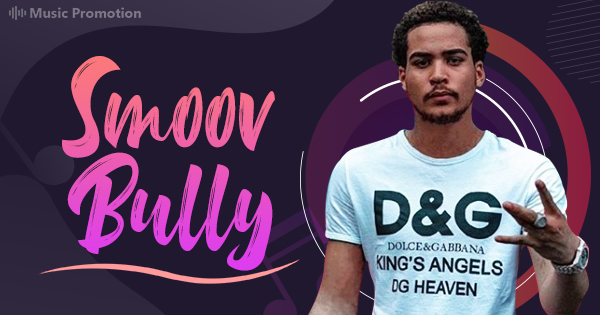 Of all the artists who have contributed significantly to the emo-rap lane, Smoov Bully happens to be the fastest-growing star on the genre who with his emotional messages has won the hearts of millions. The Brentwood hip hop artist offers the most authentic and heartfelt lyrics that change the way people look at hip-hop music. The artist nurtures a distinctive artistic identity in his songs and inputs flavor that is not so common in the music world. His way of blending subtle lyrics with catchy music, driven with the pain in his heart makes the records easily believable.

On his recent highly emotional project ‘It Takes Time’ the artist has poured open his heart to convey the various underlying emotions and feelings which he had been suppressing for quite some time now. After having dealt with a shattering break up, the rapper has opened up beautifully and every word sounds straight from the heart and genuine. The sadness in his voice gives the song a wave of soulful touch. Sometimes, the artist showcases his deep longing for the love of his life and at times he sounds lost. The sense of confusion, instability, and inconsolable pain echoes throughout the record making it an irreplaceable harmonic piece.

Coming from the United States, Smoov Bully has recently faced a severe heartbreak and his music is everything that he has gone through in his life. The artist projects out his true creativity that pushes his new song ‘It Takes Time’ to another level. A lot has been happening in his life and the creative mind just intends to tell his life’s story in his musical way. Meant to have a successful music career his lyrics have been on Rap Genius and he had been offered a deal from Atlantic Records as well. Check out his new song on Soundcloud and follow him on Facebook, Instagram, and Twitter for further details.

Visit to hear this song ‘It Takes Time’ on Soundcloud: