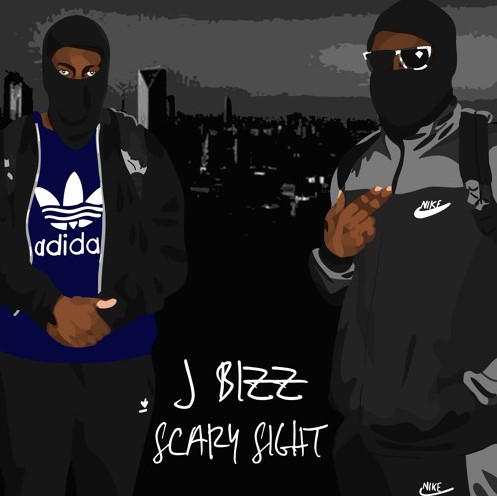 The contemporary strains of musical virtues are becoming prominent and conspicuous as more and more artists are putting in their individual interpretations of music in their creative ventures. The cultural morality and significance of rap and grime are being transformed into a lyrical spiral by upcoming artist J Bizz. He recently came out with his Extended Play, ‘Scary Sight’, a compilation of five lyrical tracks that beautifully captures the creative and cultural features of rap, hip-hop, and grime. His lyrical structures contain both profanity and thematic sanctity that makes his art stand out in creative excellence. The songs carry forward his innate understanding of personal and interpersonal experiences that are exempted through the utterance of his unhindered vocal and rhythmic abilities.

This 25-year-old East London upcoming rapper is setting his standards and benchmark as the next big thing with the EP, ‘Scary Sight’. He is not only interested in the creative aspect of these subgenres but also plunges deep into its cultural evolution which reflects profusely in his music. Some of his songs that deserve a special mention in the endless creative arc include ‘Scary Sight Freestyle’, ‘What’s Good?’, ‘The Problem Freestyle’, ‘Half Hearted Drillers’, and ‘City Of Gods’ among many others. His past work has garnered a substantial audience stream as he continues to expand his musical opportunities to a global degree of acknowledgment and accomplishment.

Rap and grime have very recently found a common cultural space where each one and their eccentric characteristics is amalgamated to form something out of the ordinary. The same holds true for artist J Bizz’s soundscape as he nurtures these two diverse musical languages into one integrated format. His passion and resilience show a lot of promise that will take him to the epitome of cultural popularity. From his pattern of rhythms to the juxtaposition of words, he is truly an artist of endless concepts and thoughts. Follow him on Soundcloud, Facebook, Spotify, Instagram, and Twitter to experience musical and lyrical diversity like never before.

To check out all songs of EP ‘Scary Sight’, visit the below link: