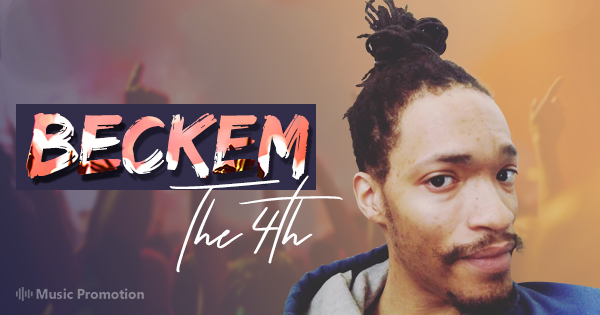 The veteran musician Beckem The 4th has landed on a new phase of his life that he wants to share with the brand new album ‘#BECKEMBANGERS VOL. 1’. The Detroit music producer showcases the ultimate transition of his unique musicality through the fresh melodies of the tracks of this new album. It is released in the first week of July and produced by Beckem The 4th Productions that has 23 songs to express the void and lopsided affairs of the heart. After working for over sixteen years in the industry, he has brought the transformative sound that holds the key to the future of the hip hop industry.

Beckem The 4th is a popular music producer who has glided through different genres at a different time to make an unexpected journey that everyone can access. Every step taken in search of new melodies has given him an ocean of opportunity to challenge his dexterity. He started his musical quest with techno music and initially captured the whole town under the spell of hard electronic drops. With time, he found insatiable interest in hip hop and R&B music that kept him zealous to produce something new every time. He is an artist who creates beats and tempos without following the rules of traditional genres.

‘#BECKEMBANGERS VOL. 1’ is recently out on every platform including Soundcloud. ‘Allocate’ is the first single/instrumental of the album that captures the soft and immersive beats of hip hop. He concocts the second track ‘Appreciate’ with the melodies that whisper the stories of his mood swings in the most unusual way. ‘For My City’ is another head-spinning hip hop instrumental track that takes the listeners to a parallel world. ‘Neighbor’ is a rap song of the album with an unmissable hook that demands everyone’s attention. Follow him on Facebook, Instagram, Twitter, and Youtube as well to get all the new updates.

Visit here for listening to this album ‘#BECKEMBANGERS VOL. 1’ on Soundcloud: