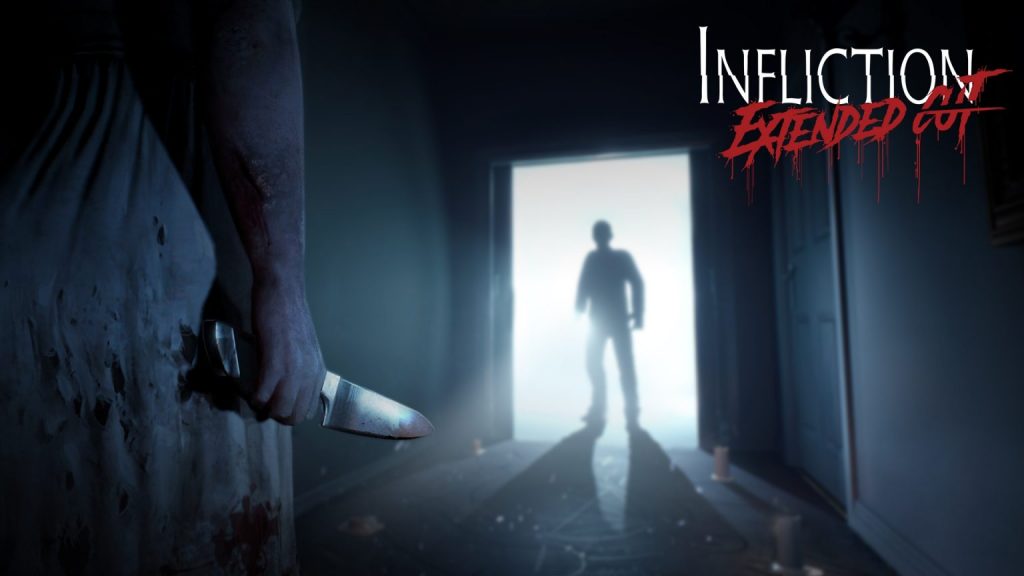 The release of Infliction: Extended Cut on the Nintendo Switch gets announced by developer Caustic Reality and publisher Blowfish Studios. The original title was released more than a year ago and with this extended version, some exciting content will be included.

Caustic Reality’s Infliction: Extended Cut launches on Nintendo Switch this July and fans just cannot keep calm. It is an interactive nightmare type of game for the players as one player set in a once-happy home. The users need to save themselves from various dangerous encounters so that they can get to learn about the happenings of the past.

The house had gone through a tragedy and is now filled with heartbreaking secrets. The story gets told to the users through hidden messages in photos, artwork, household objects, and other experiences of day-to-day life.

The protagonist, a tormented father stands in the way of the player. He has to keep himself hidden under beds and tables in order to avoid the spirit. They can also make use of numerous light sources such as camera flashes to shock the entity and survive.

Infliction: Extended Cut is a game driven by its story in the survival horror genre. The atmosphere is pretty dark which is designed to make the players feel uncomfortable and on their toes as they try to find the secret behind the house.

The extended version of this title has built upon the title’s original release on PC. Players who have already played the title shouldn’t miss the extended cut, as it has offered some exciting new experiences.

The latest version includes various new content and more endings. A New Game Plus mode has also been added to the game. The scares have been remixed, difficulty modes have been increased, new puzzles have been introduced, and much more is in store for the players. The players will have to complete the title at least once in order to play the new modes.

The extended cut of the title is now available for pre-purchase for the Nintendo Switch Store. The storage size of the digital file is 3.2 GB and is designed to support various languages, such as French, English, Spanish, German, Russian, Japanese, and Chinese. No work has come out about its physical release.

As per the founder of Caustic Reality and mission designer at Blowfish Studios, Clinton McCleary, the title was a passage for the creators to express their anxieties and fears. He has stated that he was looking forward to the release of the game on Nintendo Switch as it would be a thrilling experience for the users of this platform.

Players excited about the game and want to know more about the title and the upcoming projects of the studios must follow them on Facebook and Twitter.

The extended cut of the title is scheduled to be released on the Nintendo Switch on 2nd July.